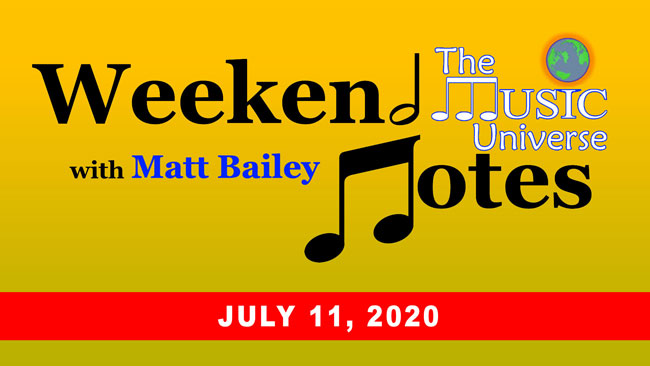 Gordon Firemark offers his take on the Lady A lawsuit, and a very special tribute to Charlie Daniels

The world was shocked this week by the passing of larger-than-life country and southern rock legend Charlie Daniels. Daniels passed on Monday July 6th, after suffering a stroke. His funeral service was held in Tennessee on Friday — today as we record this. Tritt, Gretchen Wilson, Vince Gill, and more performed at the memorial. Daniels was 83.

For more on the life and legacy of Charlie Daniels, check out this week’s somber episode of The Music Universe Podcast. Buddy Iahn and I share memories of meeting Daniels, our love for his work, and two interviews Matt Bailey was fortunate to conduct with Charlie Daniels over the last few years.

The other big story this week, Lady A is suing the black blues singer Lady A, Anita White. The suit alleges that White’s counsel demanded $10 million dollars after talks broke down between the artists. The trio are not seeking monetary damages, only a court’s acknowledgement that they have the rights to the trademark on the name “Lady A” — even though White had been using it for ten years before the band even filed to own the mark.

The band said in part, “We’re disappointed that we won’t be able to work together with Anita for that greater purpose. We’re still committed to educating ourselves, our children and doing our part to fight for the racial justice so desperately needed in our country and around the world.”

The Royal Mint is celebrating some of the UK’s most important artists. No such collection would make sense without the inclusion of Elton John, the superstar who has been delighting fans for more than half a century. The Royal Mint is honoring John with several limited edition commemorative coins. Eleven have been announced so far, with more expected in the future.

Blake Shelton is kicking off Encore Drive-In Nights with special guests Gwen Stefani and Trace Adkins on July 25th at drive-in theaters across North America. These all-new performances will be filmed exclusively for each one-night-only event, and include cinematic interviews and storytelling. Tickets for the show go on sale July 14th via Ticketmaster. Fans are encouraged to check out encore nights dot com for theaters and times.

This past Tuesday, July 7th was Global Forgiveness Day. To mark the occasion, Lindsay Ell dropped her new song “Make You” – co-written by Ell and GRAMMY-nominated singer-songwriter Brandy Clark. The track is the first time Ell publicly addresses being a survivor of sexual violence. The song finds Ell intimately exploring the deeply personal effects on her life after being raped at 13 years old — and again at 21, although the song only discusses the first instance. Ell’s new album Heart Theory will be out August 14th.

The Rock & Roll Hall of Fame Foundation has announced that due to the ongoing COVID-19 pandemic, it will replace its annual live induction ceremony with an exclusive HBO special honoring this year’s Inductees. The program will be available on HBO and to stream on HBO Max Saturday, November 7th at 8 pm ET/PT. It will replace the live 35th Annual Rock & Roll Hall of Fame Induction Ceremony that was originally scheduled for May 2nd of this year.

And now for a moment of levity…Sam Backoff, Savana Santos and Sami Bearden, known as Avenue Beat, have skewered the pandemic, social isolation, dead pets, bad romance and a failed single as they released the explicit “Lowkey F2020″ track on TikTok. The song achieved seven million hits in just 48 hours.

Those are your Weekend Notes, reviews, and exclusives. Have a great weekend.