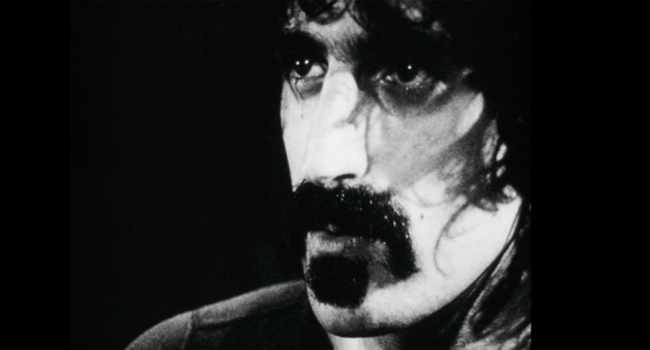 Zappa, a documentary that explores the life of Frank Zappa, takes fans inside of the avant garde rocker’s vaults… literally. The film opens with the footage of Zappa performing for the Czech Republic after it freed itself from Russia’s ruling in 1989. It is the last recorded guitar performances of Zappa and was the first time he played the instrument in three years.

Archival footage includes Zappa giving a tour of his personal vaults that were kept at his Laurel Canyon area home of Los Angeles. Zappa kept a personal vault of his life’s work that includes material that’s never been heard or seen before, including home movies that he filmed and edited on 8mm film.

The documentary also explores Zappa’s footprint on Los Angeles and his influence on the LA rock scene. Laurel Canyon became the central meeting place for many musicians including Mick Jagger, Jimi Hendrix and Rod Stewart, while in Los Angeles. The film also examines Zappa’s love for orchestral music that he often composed.

Zappa is one of the few documentaries in which enough archival footage is compiled to let the subject tell his story posthumously. The film clocks in over two hours and gives diehard fans extraordinary access into the life of their hero. It will make those less informed have an appreciation for his outspokenness towards record labels, radio, Congress and critics.

The film was produced by Winter, Ahmet Zappa, Jade Allen, Devorah DeVries, John Frizzell and Glen Zipper. It’s available in theaters and On Demand on November 27th via Magnolia Pictures.

Zappa released 62 albums during his lifetime, with 53 additional albums of his work released since his death from prostate cancer in December 1993.