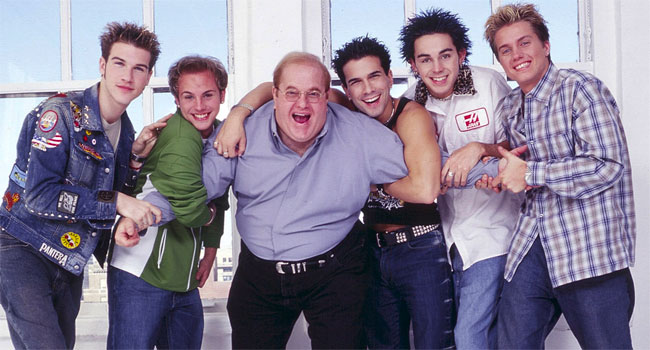 ABC is rebroadcasting a 20/20 profile about Lou Pearlman, the former Backstreet Boys and *NSYNC manager who ran one of the largest Ponzi schemes in history on July 3rd. 20/20 dives into his past including his role in swindling investors and banks out of hundreds of millions of dollars; and the lawsuits brought against him, by many musicians he managed, for fraud and misrepresentation.

20/20 features interviews with *NSYNC’s Lance Bass and Chris Kirkpatrick, and O-Town’s Jacob Underwood, Erik-Michael Estrada, Trevor Penick and Dan Miller, who open up about working with Pearlman and reflect on his personality and his role in their lives.

20/20 also explores Pearlman’s early career and his blimp business, how he first got involved in the boy band scene and how he led authorities on an international manhunt.

The show airs Friday, July 3rd from 9-11 pm EDT/PT on ABC. It originally aired on December 13, 2019 and is anchored by David Muir and Amy Robach.

This is the among the several TV and film pieces about the famous manager in the past year. Last spring, YouTube Originals released The Boy Band Con: The Lou Pearlman Story, a feature length documentary that tracks Pearlman’s life from his childhood in Queens, through discovering the mega-boy bands. It also chronicles his later life, including his perpetration of one of the largest Ponzi schemes in American history.

Pearlman died at the age of 62 in federal custody in 2016 after suffering from cardiac arrest. He had suffered a stroke in 2010, two years after being sentenced for 25 years.

Entertainer Sean van der Wilt worked hard to build a successful career in Hollywood despite the rocky start he said he had working with Lou Pearlman. He and other musicians open up about working with Pearlman – Friday on #ABC2020. https://t.co/ZGewRPfd2o pic.twitter.com/gNi1vwWt3r