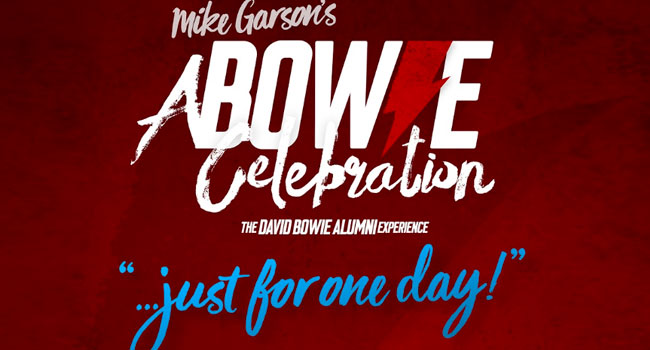 The all-star A Bowie Celebration: Just For One Day! livestream virtual birthday celebration has been postponed 24 hours due to technical difficulties and COVID-19 restrictions. The global streaming concert brings together a dazzling array of artists who worked with David Bowie or who were inspired and influenced by his work — for a celebration of what would have been his 74th birthday and the weekend of the fifth anniversary of his passing. Presented by Mike Garson, David Bowie’s longest-standing band member, the concert was to stream on January 8th, but will now be January 9th at 9 pm ET.

“Due to technical difficulties and COVID-19 restrictions, we must postpone the airing of A Bowie Celebration: Just For One Day! for 24 hours. The stream will start on January 9th at 6 pm PT,” organizers share in an email. “We apologize for any inconvenience and look forward to each of you attending the show.”

Produced by Mike Garson in partnership with Stacey Sher and Kerry Brown together with Rolling Live Studios, A Bowie Celebration: Just For One Day! will be an experience to be talked about for years, featuring a lineup of artists that have never before performed together offering stirring and brand-new renditions of Bowie’s greatest hits alongside treasured fan favorites.

With over three hours of music, the show will offer fans the opportunity to enjoy, reminisce and experience their favorite Bowie songs as never before — performed by David’s friends, bandmates, and those with whom he was the soundtrack to their lives. Ticketholders will be able to enjoy the show for up to 24 hours after its live broadcast.