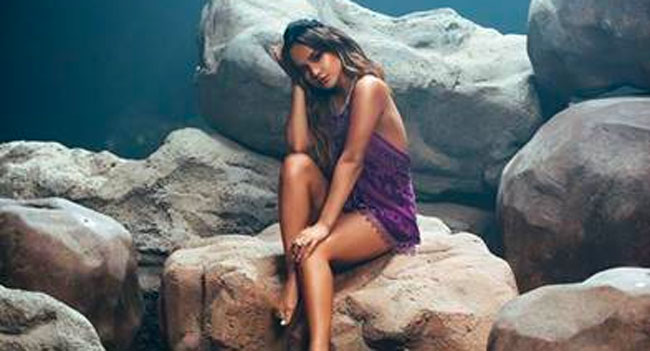 Global superstars Becky G and Ozuna have joined forces on their latest single and video “No Drama,” which made its premiere via MTV First Look in the United States and Latin America. The song and video are available now on all digital music platforms via RCA Records.

“I love this collab with Ozuna…” Becky G says. “I have always liked his music and I knew that together we could record something amazing. Now, perhaps more than ever before in our lives, less drama is something we all need, and this was part of the inspiration for the song.”

“No Drama” was written by Becky G and Ozuna alongside other songwriters and produced by Hydro and Elof Loelv. The video was directed by Mike Ho, known for his cinematic style, and the result is a beautiful video with an ethereal quality.

This is the first collaboration between the young latin music idols, who with their smooth voices, urban rhythms and infectious melodies will have everyone dancing and singing “No Drama.”

Becky G was recently nominated for a Latin GRAMMY for Best Urban Song for “Muchacha” (her collab with Gente de Zona); an American Music Award for Favorite Latin Artist (Female); and a People’s Choice Award for Latin Artist of 2020.