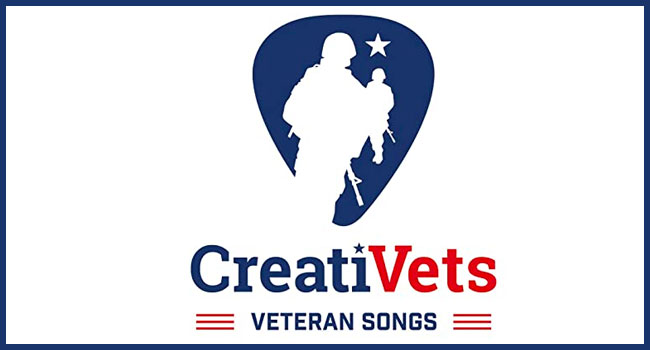 Leading independent powerhouse Big Machine Label Group has announced a joint venture with CreatiVets, a non-profit organization that provides combat veterans struggling with post-traumatic stress and brain injury with opportunities to use art, music and creative writing to heal their unseen wounds of war. The partnership connects veterans with Nashville tunesmiths to express their stories through music. All songs will be released via the Big Machine Records imprint, which boasts such artists as Tim McGraw, Rascal Flatts, Midland and Carly Pearce. Big Machine Music will serve as the co-publisher for CreatiVets providing licensing, administration and royalty collection services for mentor songwriters and those participants who opt in. Additionally, Scott and Sandi Borchetta’s Music Has Value Fund has contributed to CreatiVets’ operational initiatives and will continue to serve as a connector for opportunities that can magnify CreatiVets within the entertainment space.

The collective entities will release 11 track album Veteran Songs on July 3rd. Leading up to the full project, combat veteran Geneo Graves’ autobiographical “Stories” is available now at all digital and streaming services. Graves penned the gut-wrenching ballad about wartime alongside CreatiVets Co-Founder/Executive Director Richard Casper and Nashville songwriters Heidi Raye and Johnny Bulford, who lends his voice to the recorded version.

A majority of the proceeds from the sales and consumption of the album benefits CreatiVets.

“Richard’s vision and passion to help veterans understand their value and offer them the chance to heal through creating music is nothing short of groundbreaking,” shares Big Machine Label Group President/CEO Scott Borchetta. “We welcome this partnership with CreatiVets to provide therapeutic solutions not only with our record and publishing divisions but also with our Music Has Value fund, which is dedicated to providing support to music programs that educate and encourage those who aspire to make music.”

“CreatiVets’ vision for this partnership is to be in the homes of every veteran in the United States,” states Casper. “We are so thankful that Big Machine Label Group wants to help spread our message, our music and give us the opportunity to reach thousands more veterans that may need our programing. I know that this partnership will change and save veterans’ lives.”

Each CreatiVets songwriter is met by a peer in Nashville, who has gone through the program to help make the veteran comfortable with the experience. Through the songwriting sessions, veterans are provided with an opportunity to tell their stories in a different way and a tangible memory they can keep forever. The songs are written to capture the veteran’s personal story so that it is their voice talking about their experiences, but in a way that captures universal themes others can understand. The veterans not only have their own song to listen to or play whenever they want, but also a new strategy for helping themselves cope with anxiety and depression. Many participating veterans continue to write songs on their own, further adding to the healing process.