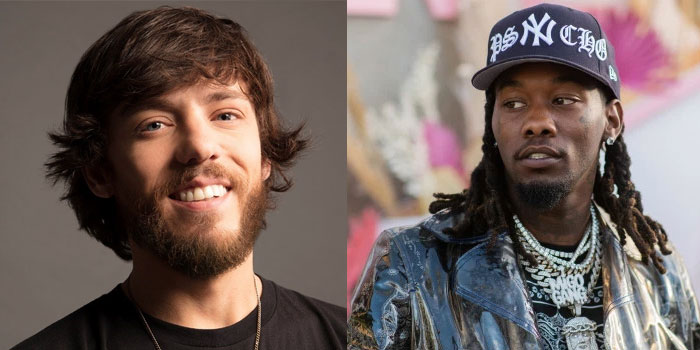 Chris Janson has become one of country music’s biggest stars, and what do big stars do? They collab with other big stars. Janson has paired with Offset (Migos) to create a “Say About Me” remix. Some may believe this is an unlikely pair, however, this track is a prime example that two worlds can come together to create something raw and fun.

On the autobiographical upbeat track, Janson sings about his rock star lifestyle, hot wife and swagger. His verse is pure country hype. It stays true to who he is as an artist. He references Hank III who has a slightly rough reputation. Offset may seem like a odd choice, but this collaboration is on a much deeper level than some may know. Both men have four children, are family oriented and they have a lot of similarities. Both Janson and Offset are known for their hustle life style and hard work. This track makes total sense and I love the authenticity that it brings to the table.

Migos member Offset drops in at the end of the track for his extremely catchy verse. “I got the baddest bitch in the game” he speaks of superstar Cardi B. He also goes onto brag about his cars and diamonds. He also pulls a Hank III when he mentions he may experiment with drugs, “I eat Percocet to ease the pain,” he says proudly. Offset’s verse is open, honest and fun. It’s smooth and easy. He’s a real gem with his lyrics.

“Say About Me” is a digital-only bonus track from Janson’s new Real Friends album. Country music is for everyone and it’s admirable for both of these artists to come together and create art. As insane as it may sound, it just works. I am hopeful this will open many more doors for artists to create with one another. It’s clear Janson isn’t worried about what others may think, he’s doing what he wants and he’s happy while doing so.

“Say About Me” with Offset can be streamed or downloaded through all DSPs.