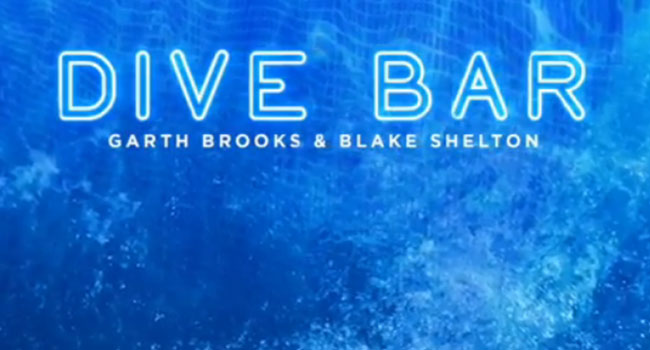 “I just saw his face so I called him up right after the ACMs I think it was the next day just to tell him how much I appreciated his performance [of ‘God’s Country’] and talked to him about doing a duet with ‘Dive Bar,’ and he was so sweet,” Brooks says of Shelton’s involvement with the track. “Every time I’ve ever talked to him and asked anything from him, the answer’s always, ‘Hell yeah, let’s do it.’ I can’t imagine a guy that busy with his time between Oklahoma and the West Coast, touring, cutting records and everything, how sweet and how quickly he says, ‘Yeah, let’s do it,’ because he seems like he just wants to have fun, so that’s the kinda guy I want to be around.”

The song is from Brooks’ forthcoming album, Fun, expected later this year. After teasing fans by releasing several songs over the past year via an Amazon pre-order, Brooks says the album is expected to drop in the middle of “Dive Bar’s” cycle.

“We’ll be releasing Fun probably right in the middle of ‘Dive Bar,’ if I know our stuff right,” Brooks shares. “We’re finishing up Fun right now in the studio. We’re just down pretty much to vocal overdubs and mixing. It’s pretty cool. It’s a great place to be. This was fun to mix. It took awhile. The thing with ‘Dive Bar’ is you didn’t want it polished. At the same time, you didn’t want it too rough. There was a cool little balance in there, so hats off to Matt Allen and the patience that he had there. Kept flying it back and forth to Blake, and Blake kept pushing for it to be more steel [guitar], more country and stuff. I love it, so it turned out to be a good fun honky-tonk. We call it a Jones-meets-Stones kinda thing ’cause it’s smooth, but loose as it can be, man.”

Brooks confirms a video for the single will be filmed this week and will be released via Amazon on Prime Day on July 15th and 16th. The country superstar is bringing audio and video equipment to record and film the song when it’s performed live for the first — and only time — by the pair during the sold out Boise, ID’s Albertsons Stadium show on July 19th on Brooks’ stadium tour.

“The idea is coming for this one… a video that I’m not sure has been done before. Anytime you get that chance, take it. It’ll be fun.”

#DiveBar WORLD PREMIERE starts at 6am tomorrow ONLY on radio! What country radio station are YOU listening to? DIVE IN!!! love, g Watch #StudioG to find out more (link in bio or go to Facebook.com/GarthBrooks )