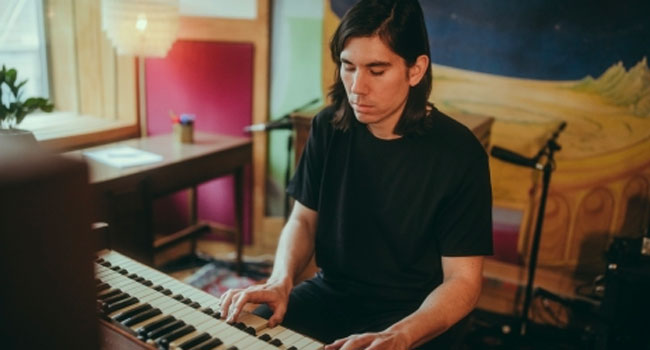 L.A.-based artist/producer Gryffin shares two extraordinary tracks recorded for his Spotify Singles session: a re-imagined version of “Need Your Love” from his debut album Gravity (Side A), and a cover of “Heavenly Father” by Bon Iver (Side B). Both featuring Vermont-bred singer/songwriter Noah Kahan, the songs are streaming exclusively on Spotify.

“Noah Kahan and I are both huge fans of Bon Iver. We felt it’d be cool to do our own interpretation of one of our favorites songs of his, and it just came about super naturally in the studio. Noah has a super dynamic falsetto vocal, and we just felt like it would be a cover where we could showcase Noah’s incredible voice and range,” says Gryffin on the inspiration behind the cover.

Gryffin’s Spotify Singles release marks the latest achievement in an increasingly expansive and creatively daring body of work. Arriving last October — and quickly shooting to No. 1 on Billboard’s Dance/Electronic Albums chart — Gravity includes a number of exciting collaborations and features, such as GRAMMY Award-nominated singer/songwriter Carly Rae Jepsen, Marina, and Aloe Blacc. Along with “Need Your Love,” the album delivered smash singles like “Remember” ft. ZOHARA (a track that shot to No. 1 on dance radio), “OMG” ft. Carly Rae Jepsen (a No. 16 hit on the US Hot Dance/Electronic Songs chart), “Body Back” ft. Maia Wright (No. 1 hit on the US Dance Radio chart), and “All You Need to Know” by Gryffin with Slander ft. Calle Lehmann (a No. 12 hit on the Hot Dance/Electronic chart).

Most recently, Gryffin further broadened his sonic palette with the release of “Hold You Tonight” — a collaboration with platinum-selling country artist Chris Lane. Blending Gryffin’s melodic brand of electronic music with Lane’s stripped-back yet soulful songwriting and vocals, “Hold You Tonight” earned acclaim from tastemakers like Dancing Astronaut (who noted that the song “generates a refreshing, and necessary, atmosphere of positivity with a savory southern charm”).

The producer will premiere his his debut concert film, Gravity Live from The Shrine, May 9th at 9 pm EST on YouTube. The full-length concert was filmed between two sold out nights at The Shrine in Los Angeles at the start of his Gravity II Tour in the fall of 2019.