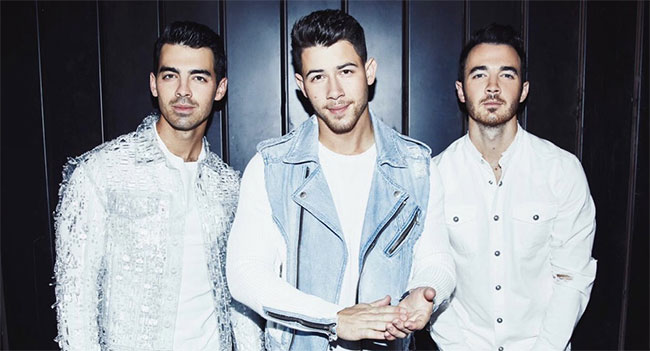 Soft piano and warm strings hug delicate vocals on this tender and timely ballad. “With having such a crazy year, we all really need something to look forward to,” the brothers share in a statement. “The holidays is a time that brings us together and is something that brings us joy in the darkest of times. For us, this song stirs up memories of childhood snowball fights and finding the nearest hill to sled. It brings us back to spending time with family setting up the Christmas tree. Hopefully it can bring you guys the same feelings of warmth and happiness that creating it has brought us. We love you guys very much!”

Jonas Brothers first began their Christmas takeover with the release of last year’s upbeat original song “Like It’s Christmas,” which reached No. 1 Billboard’s Adult Contemporary chart, becoming a fan favorite and mainstay on holiday playlists. Since last year, “Like It’s Christmas” has already racked up over 130 million global streams in addition to praise from Rolling Stone, Billboard, and Vulture who claimed, “With all this comeback success, every day feels ‘like it’s Christmas’ for the brothers.”