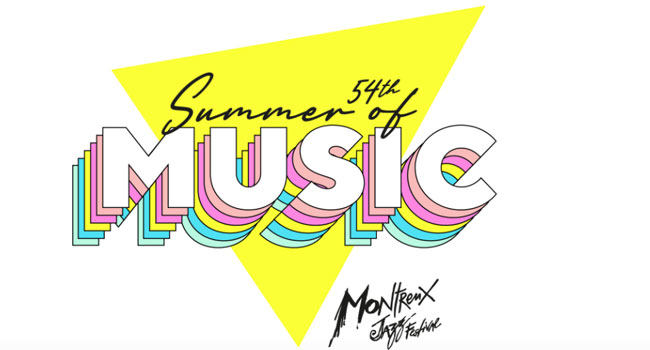 Through a partnership between Eagle Rock and the festival’s media subsidiary Montreux Media Ventures, Montreux Jazz Festival will stream one performance a day across the 16 days, including world premieres from legends including John Lee Hooker (1983) and Charles Bradley (2016), bringing together some of the festival’s biggest moments. For many, it will be the first time seeing these rare performances from Montreux’s archive, allowing viewers to dive into the rich history of the festival and experience the magic at home.

“Since its beginnings in 1967, the Montreux Jazz Festival has been immensely fortunate to have built up, thanks to the visionary spirit of Claude Nobs, a rich and unique audiovisual archive,” shares Mathieu Jaton, CEO of Montreux Jazz Festival. “This heritage has made the Festival famous and continues to make it shine through initiatives such as the 54th Summer of Music, made possible through our collaboration with the Claude Nobs Foundation, Eagle Rock and the NMAAM. This summer, this heritage is more essential than ever.”

“Marvin Gaye’s 1980 performance marked the inaugural collaboration between Montreux and Eagle Rock Entertainment, it paved the way for not only an exciting stable of ongoing releases, but also a fantastic line-up of artists at this summer’s Virtual Montreux Festival,” adds Geoff Kempin, Eagle Rock’s Executive Director. “We are delighted to be partnering with the Montreux Jazz Festival and YouTube in this summer Festival celebrating the diversity of artists that have performed at Montreux.”

This year was due to be the 54th edition of the Montreux Jazz Festival, taking place on the Lake Geneva shoreline in Switzerland. Founded in 1964 by Claude Nobs, the festival is now one of the oldest and most renowned music festivals, attracting thousands of people to see the most famous and biggest emerging names in music.

Since its inception, Montreux has been shaped by the rich culture of black artists, such as Nina Simone, Marvin Gaye and James Brown, who have all taken to the stage at Montreux. The festival owes so much of its success to black artists, it has partnered with the National Museum of African American Music, to show its support and recognize the contribution of black musicians. Viewers will be able to make donations to the museum while enjoying the performances throughout the entirety of the festival. MMV and Eagle Rock will also be donating all ad revenue generated from the Summer Of Music virtual festival to the NMAAM. NMAAM is set to open in the fall of 2020 in Nashville, TN. When it opens, it will be a world-class facility dedicated to celebrating, preserving, and educating visitors on the central role African Americans have played in shaping and creating American music and culture. NMAAM will integrate history and interactive technology to share the untold stories of more than 50 genres and sub-genres of music. It will be an unparalleled institution, unconfined by record label, genre or recording artist, that tells a unique narrative through the lens of black music.

“Summer Of Music” Line Up: