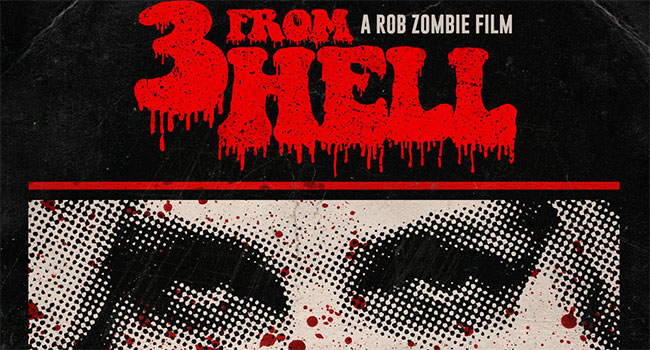 Horror icon and heavy metal mastermind Rob Zombie’s 3 From Hell is slated for a fourth and final showing in theaters due to the box office success and continued fan demand. The film grossed $1.92 million at the box office during its three day run September 16th-18th through Fathom Events. The film drew nearly 122,000 attendees and performed in the top five at the box office each night with the highest per-screen-average on its first night over several popular releases.

Lionsgate, Fathom Events and Saban Films will run the final showing on October 14th at 7 pm local time, just in time for Halloween. The event will include a special video introduction from Rob Zombie and brand new commemorative poster (while supplies last).

Tickets for 3 From Hell can be purchased at FathomEvents.com or participating theater box offices. Ticketing will be set up on a rolling basis starting the week of September 23rd. Fans throughout the U.S. will be able to enjoy the event in 500-700 movie theaters and can see participating theaters at the Fathom Events website.

On the first night of the showings, the film performed third at the box office, just behind IT: Chapter 2, doubling the grosses of Goldfinch on nearly a quarter of the screens. It performed fifth at the box office on the second night with the third highest PSA just behind Hustlers. On the third night it ranked third at the box office with second highest PSA. Each screening had sold out locations nationwide as well as strong same day ticket purchases driven by an innovative marketing campaign and positive word-of-mouth.

3 From Hell was written and directed by Rob Zombie, who also produced alongside CC Capital Arts Entertainment’s Mike Elliot. Greg Holstein and Saban Films’ Jonathan Saba are executive producers. The film is the follow-up to House of 1,000 Corpses and The Devil’s Rejects, and the latest installment in the blood-soaked Firefly family trilogy.