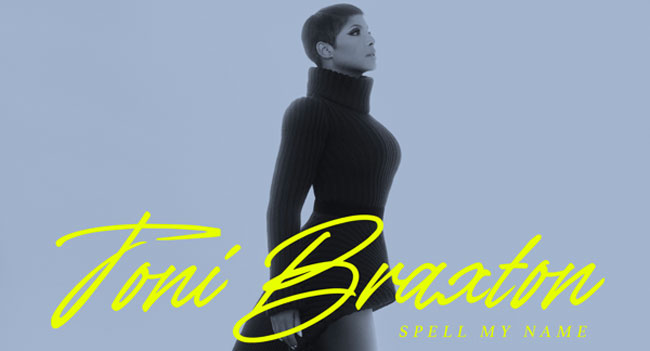 Multi-million-selling R&B/pop pioneer and seven-time GRAMMY Award-winner, Toni Braxton has announced that her tenth studio album, Spell My Name, will be released on August 28th and shares her new single, “Dance” from the project via Island Records. The uptempo new single is an energetic and empowering anthem that celebrates being carefree and confident as one moves on and gets over heartbreak.

“Dance” is the latest single Braxton has released from her forthcoming album. Exclusive merch bundles will be dropping at Braxton’s website. Earlier this year, Braxton released “Dance (Dave Aude Remix),” a remix of the new single, which went No. 1 on the UK’s Commercial Pop Club Chart. And last month, Braxton teamed up with the legendary Missy Elliot for a remix of her single “Do It.” The original version of “Do It” was the No. 1 most added song at Adult R&B radio after release and is currently No. 3 on the Adult R&B chart.