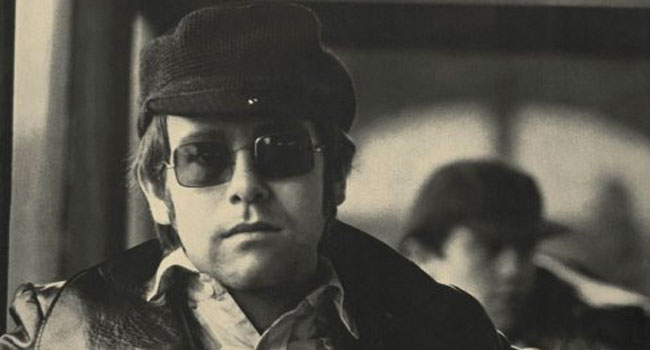 In celebration of the 50th anniversary of his seminal album Tumbleweed Connection, Elton John has unveiled a previously unheard jazz version of “Come Down In Time.” Limited to just 5,000 copies of 10” vinyl available now, “Come Down In Time (Jazz Version)” hadn’t been heard for close to five decades until this year, it was uncovered deep in the archives whilst researching rarities for John’s forthcoming boxset Elton: Jewel Box, available November 13th via UMe.

Recorded on March 20, 1970 at London’s Trident Studios, “Come Down In Time (Jazz Version)” more than doubles the length of the final version (re-recorded three months later with different musicians) that appears on. Without the orchestral arrangements by Paul Buckmaster which colored the album Tumbleweed Connection version, the track ends in the same way as the original with Bernie Taupin’s line “while some leave you counting stars in the night” before starting up again as an jazz-influenced instrumental. The track features some astonishing piano and guitar interplay between Elton and Caleb Quaye, supported by the Hookfoot rhythm section of David Glover on bass and Roger Pope on drums. ‘Very nice!’ producer Gus Dudgeon exclaims as the track breaks down, before resuming with yet more freestyle playing.

“Come Down In Time ”was originally taken from John’s seminal 1970 album Tumbleweed Connection which celebrates the 50th anniversary of its original release on Friday, October 30th. Tumbleweed Connection is a much-loved album within John’s back catalog. Steeped in what was to become known as Americana, it was written and recorded entirely in London from March 20th to June 6, 1970, fitted in amongst John’s various promotional dates in UK and Europe for his previous, eponymous, album. Although released afterwards, it was made before “Your Song” had become a hit and John’s triumphant debut performances at the Troubadour in Los Angeles in late August – the first time John and Taupin stepped foot on the soil they had written about so eloquently about on the LP. Its iconic sepia sleeve evokes a long-forgotten West, and the album itself contains some of John and Taupin’s greatest early songs: “Ballad Of A Well-Known Gun,” “Burn Down The Mission” and “Amoreena.”