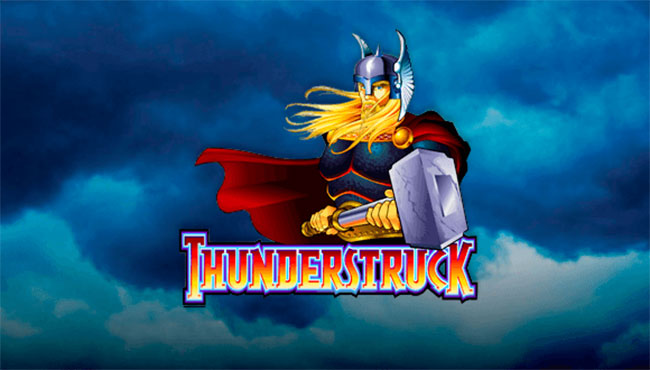 If you have been anywhere near the internet of late, you might have stumbled upon a compelling video slots game, Thunderstruck. The game, which shares its name with AC/DC’s popular single “Thunderstruck,” is one of the latest gaming releases designed to attract players to new casinos or already well established ones seeking to increases the traffic to their site. What makes this game truly enthralling, well, is pretty much everything. Here we take a look at Thunderstruck and find out why this game has been attracting both land based casino visitors and online casino enthusiasts. This is Thunderstruck!

If you want to play Thunderstruck slot game today you will want to know a little more about the gaming developers who brought you this incredible creation, Microgaming. You see, Microgaming is regarded as the leading slots software giant in the industry and almost each and every release makes it to the hottest and most trending list of online casino categories. Microgaming is notorious for its games as well as its development of online casinos. This is a brand you can trust.

Thunderstruck Features – Everything You Need To Know

As the name suggests, the game is based on Norse god, Thor. Thor was the god of thunder and as a result, the game boasts images of Thor in his glory and despite not being 3D, they do tell the tale of anger, rage and of course, riches!

Designed with five reels and nine paylines, the gaming structure is fairly simple and easy for beginner players to comprehend. The game features a paytable, adjustable audio settings, and an auto play feature. The game offers a medium to high RTP valued at 96.01% which means that the game pays out on a frequent basis despite being smaller in rewards.

As with most Microgaming designs, Thunderstruck also offers a number of special features. These include wilds, scatters and free spins. When the game commences and three scatters appear, these are the ram symbols, the player is awarded 15 free spins. During this round all wins are multiplied by 3x. The wild, which is Thor himself, doubles a win when in a winning combination and also functions as a 6x multiplier in the free spins round.

In the instance, a player lands a winning combination a gamble feature is activated. This is a popular addition to Microgaming creations and one which allows the player to decide whether or not they are willing to risk it all in order to double their current win. The gamble feature requires a player to guess the colour of a card and when that card reveals itself, the wins just earned to unlock the gamble feature can either be doubled or lost entirely.

In conclusion, Thunderstruck isn’t an overly visually appealing video slots game but it certainly delivers in special features. It has been a sound choice for notorious online casinos to offer potential new players and many of these casinos offer the game in welcome bonuses. You have got to play this game at least once to fully comprehend its true value in the gaming industry.