Global superstar Taylor Swift will opening the 2018 American Music Awards with a performance of “I Did Something Bad,” marking Swift’s first awards show performance in nearly three years. A 19-time American Music Award winner, Swift garnered four 2018 nominations and is the current record holder of most wins for Artist of the Year, a category for which she is nominated again this year. Swift joins previously announced performers Benny Blanco with Halsey and Khalid, Cardi B featuring Bad Bunny and J Balvin, Mariah Carey, Ciara featuring Missy Elliott, Dua Lipa, Panic! At the Disco, Post Malone ft. Ty Dolla $ign, Carrie Underwood and a moving tribute to the Queen of Soul, Aretha Franklin. Hosted by Tracee Ellis Ross, the 2018 American Music Awards, the world’s largest fan-voted awards show, will broadcast live from the Microsoft Theater in Los Angeles on Tuesday, October 9th at 8 pm ET on ABC.

Swift is set to take the stage on the heels of her record-breaking Taylor Swift Reputation Stadium Tour in support of the chart-topping and critically acclaimed album of the same name, which debuted at No. 1 on the Billboard 200, marking her fifth leader on the chart. She is nominated for Artist of the Year, Tour of the Year, Favorite Female Artist – Pop/Rock and Favorite Album – Pop/Rock.

Nominations were announced earlier this month with Cardi B and Drake leading the pack, with eight possible wins each. Ed Sheeran and Post Malone each earned six nominations. Camila Cabello, nominated five times this year, could win her first AMA as a solo artist. Drake, Imagine Dragons, Post Malone, Ed Sheeran, and Taylor Swift are all up for Artist of the Year.

The American Music Awards, the world’s largest fan-voted awards show, is where music enthusiasts watch their favorite artists and pop culture icons come together to honor idols, newcomers and record-breakers in the contemporary music scene. From Pop and Rock, to Country, Hip Hop and beyond, this year’s show will celebrate some of the best moments in music with appearances by today’s brightest stars and live performances from the biggest names in the industry.

American Music Awards nominees are based on key fan interactions as reflected on Billboard.com, including streaming, album and digital song sales, radio airplay, social activity and touring. These measurements are tracked by Billboard and its data partners, including Nielsen Music and Next Big Sound, and reflect the time period of September 15, 2017 through August 9, 2018. The American Music Awards winners are voted entirely by fans. 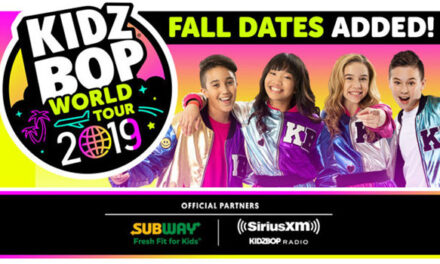